The territory around Bibione is characterized by a succession of “valleys” for lagoon fishing, in the natural protected area of Valgrande. By bicycle, it means to happily meet with reed beds near the mouths, Acacia, Black locust, Blackberry bush and Tamarisk. And again: Salicornia and sea heather with its small purplish flowers. It is often to ride on banks and gravel roads in a mostly humid area that includes brackish basins and tidal canals of varying depths. Paths between the humid prairies, the paths lead to mills, villages of ancient Venetian Foundation and Casoni built in moorland, ancient hunting and fishing cloisters. A land suitable for gravel and MTB; More challenging, for the non-regular road surface, for the racing bike. The road bike finds its maximum satisfaction in the track, cycling freely and independently, the Gran Fondo of the grape harvest, the Prosecco Cycling, between the hills of Valdobbiadene and Conegliano. 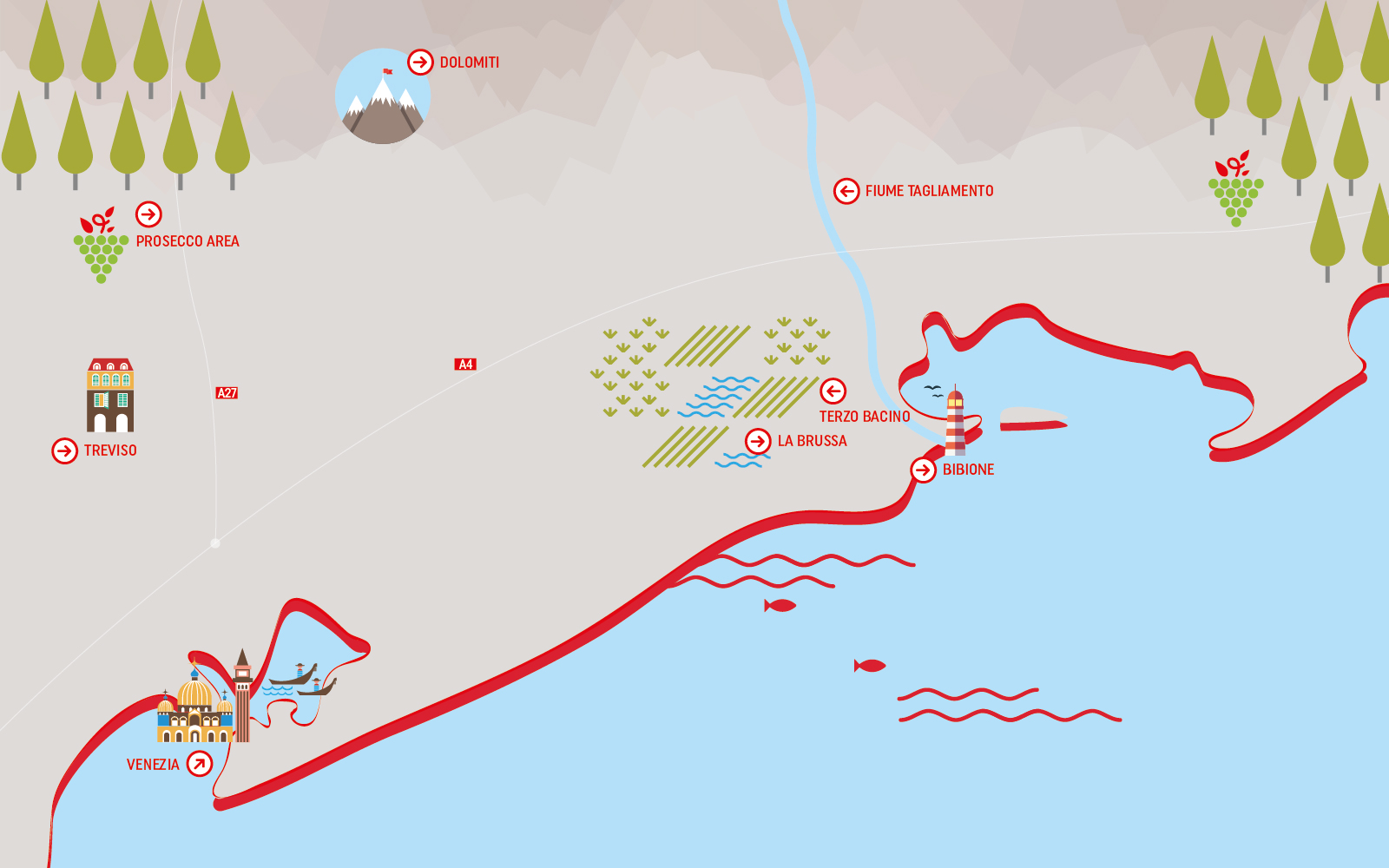 Still undecided?
Jump on your bike seat and come to meet us!